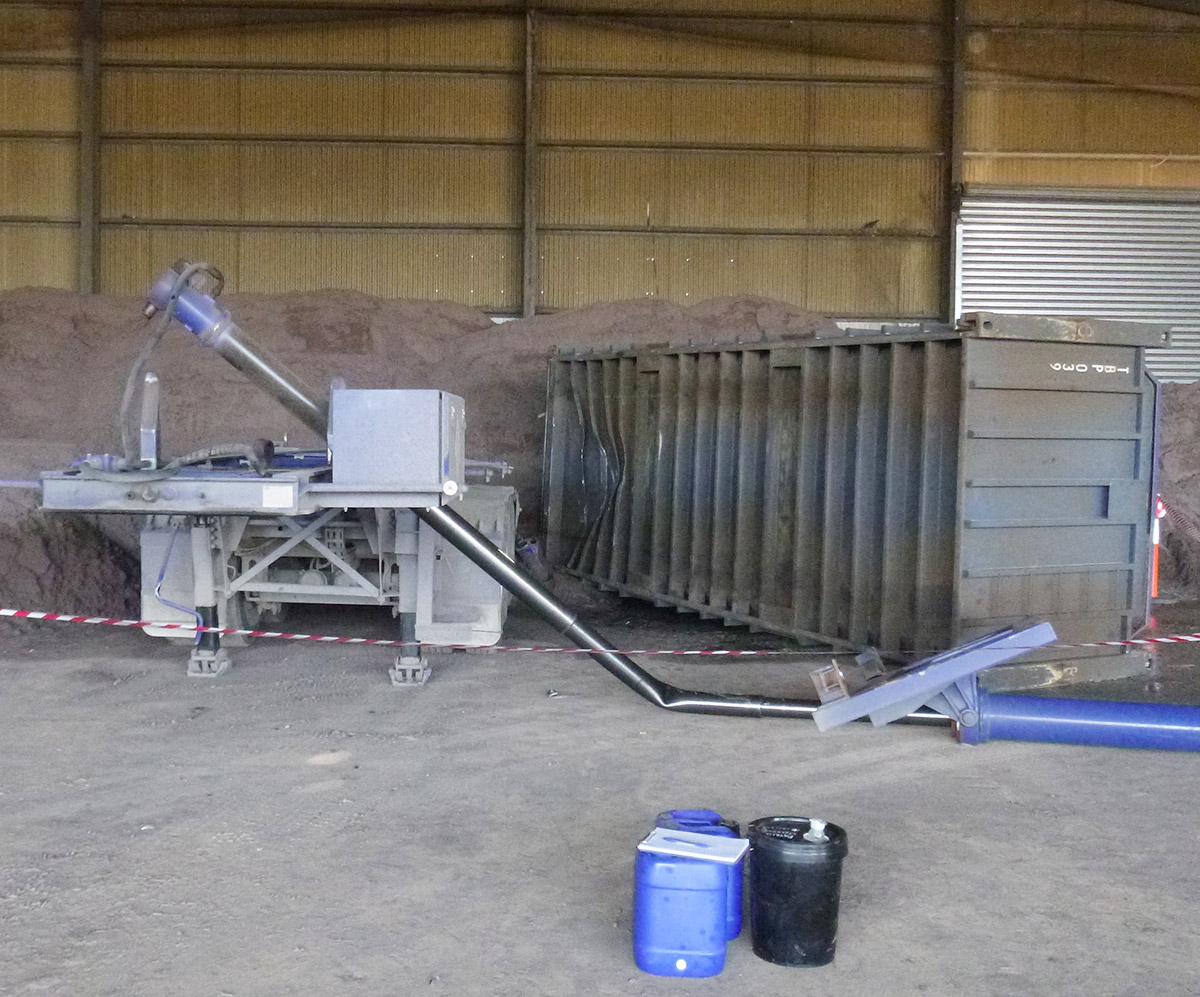 Following a dangerous incident in which a container fell off a truck whilst it was tipping, Ingenia was asked to undertake a forensic investigation at the site. The client asked for both a verbal and written opinion on the likely contributing factors to the incident. 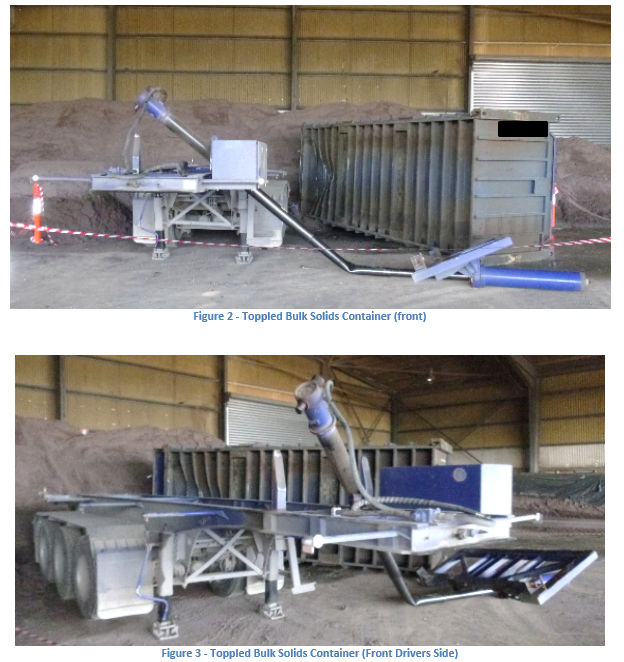 During the site visit, the damaged trailer and tipped bulk solids container were inspected by the Ingenia team. The standard discharge procedure of the tipping trailer was outlined by site staff.

An inspection of the damaged truck and tipped container was undertaken, with significant damage noted which included a broken rear container pivot, buckled lifting ram and attachments. This was followed by an onsite discussion of the truck operation, methods and practices, and potential factors leading to the failure.

A fault tree analysis was undertaken to investigate the likely cause of the fault. The image below shows the most likely contributing factors for this failure highlighted in red, while yellow indicates a reduced likelihood and green indicates a low likelihood of the factors being the direct cause of the failure. 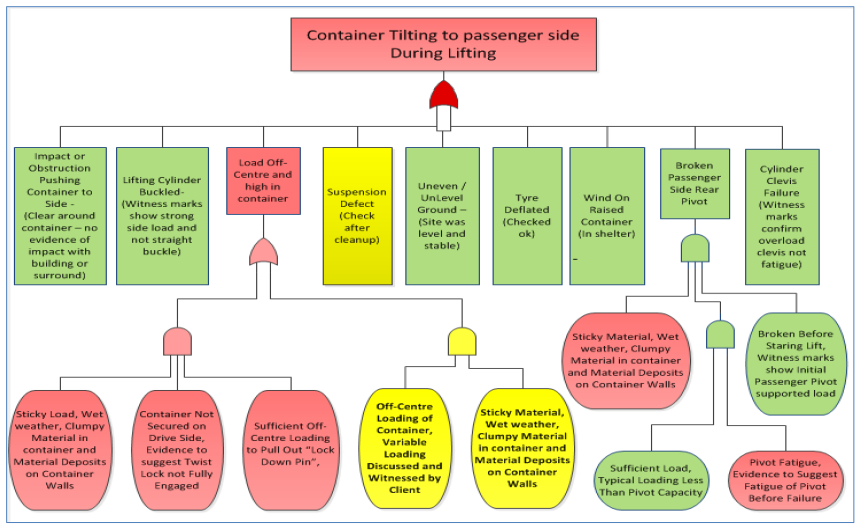 After a series of in-depth investigations and interviews with site staff regarding the operation of the truck, the contents of the container and more, the following assessment and recommendations were made to the client:

The most likely failure mode was determined to be the off-centre load which led to instability of the trailer. This was caused by a “sticky” load and an ineffective rear driver-side twist lock, allowing the pull out of the twist lock pin form the corner container latch. This had the secondary effect of overloading the hydraulic cylinder clevises and the passenger side rear bolster.