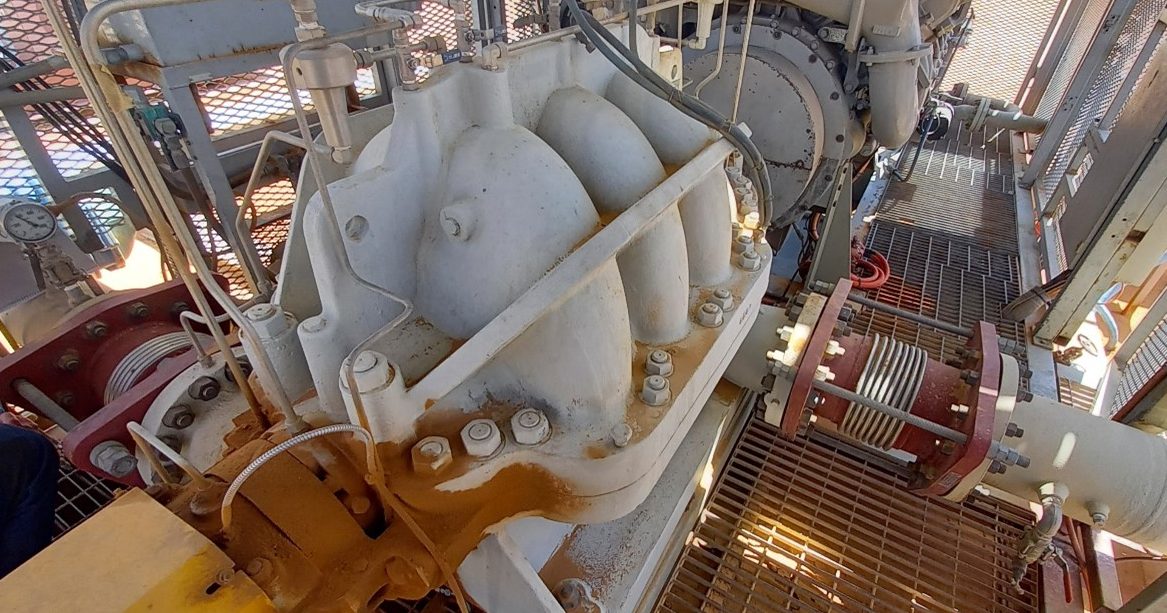 Back in 2016, Ingenia assisted their client with the dynamic analysis of some large pump skids, as vibration issues were limiting pump performance and operation. The pump skids consisted of large multi-stage pumps, driven by diesel engines with power ratings between 600 kW and 1100 kW and the skids (with the pumps and engines themselves) were mounted on large concrete foundations with a thickness of 1200 mm.

The pump skids were reaching a stage where replacements were being considered, so it made sense to address the vibration issues and a redesign of the pump skids provided an ideal opportunity to do this.

Further to that, a redesign would provide additional value, by making the pump skid design more flexible to accommodate alternative engines and pumps. Other modifications included making it easier to maintain the pumps and engines by adopting a modular setup, with the pumps and engines installed on their own dedicated skids. A similar approach had been trialled at other pumping stations and had worked quite well. Based on this, it was decided to incorporate the modular setup in the new design as well.

The maximum power rating of the current engines was also limited by the available engine cooling water system capacities and, because of this, the engines and pumps could not operate at their maximum capacities. To address this, a number of cooling water system layouts were evaluated, ranging from stock standard radiators to using the water pumped as cooling water. As an alternative to the use of radiators, the use of stand-alone cooling water units with their own circulation pumps was considered. These options had to cope with ambient temperatures in excess of 45 to 50 degrees for most days of the year which added to the design challenge and meant that the cooling water systems had to be scaled up to work as intended.

Based on the outcomes of their analysis, the Ingenia team provided several recommendations to their client about how to minimise the impact of the vibrations occurring, one of which was a positive anchoring method.

Due to the pump and engine vibrations, the grouting underneath the current skid frames had started cracking, allowing increasingly unrestricted and unwanted movement of the frames. Ingenia proposed to apply its positive anchoring method to mitigate the impact of these grouting failures. 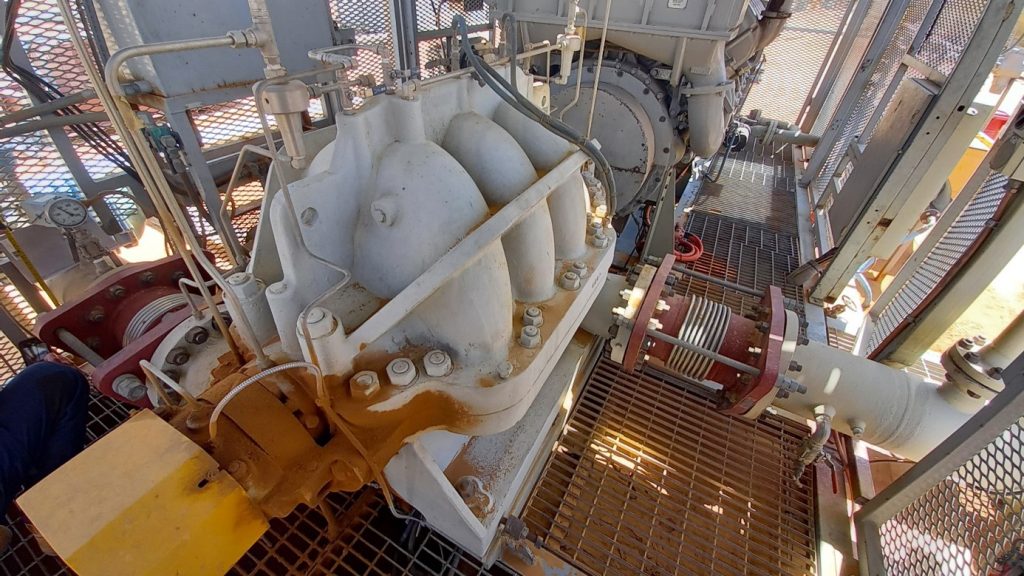 Above: Pump and engine skid 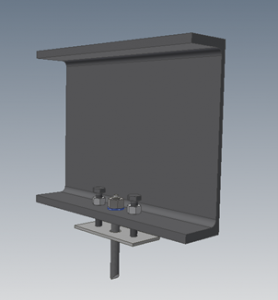